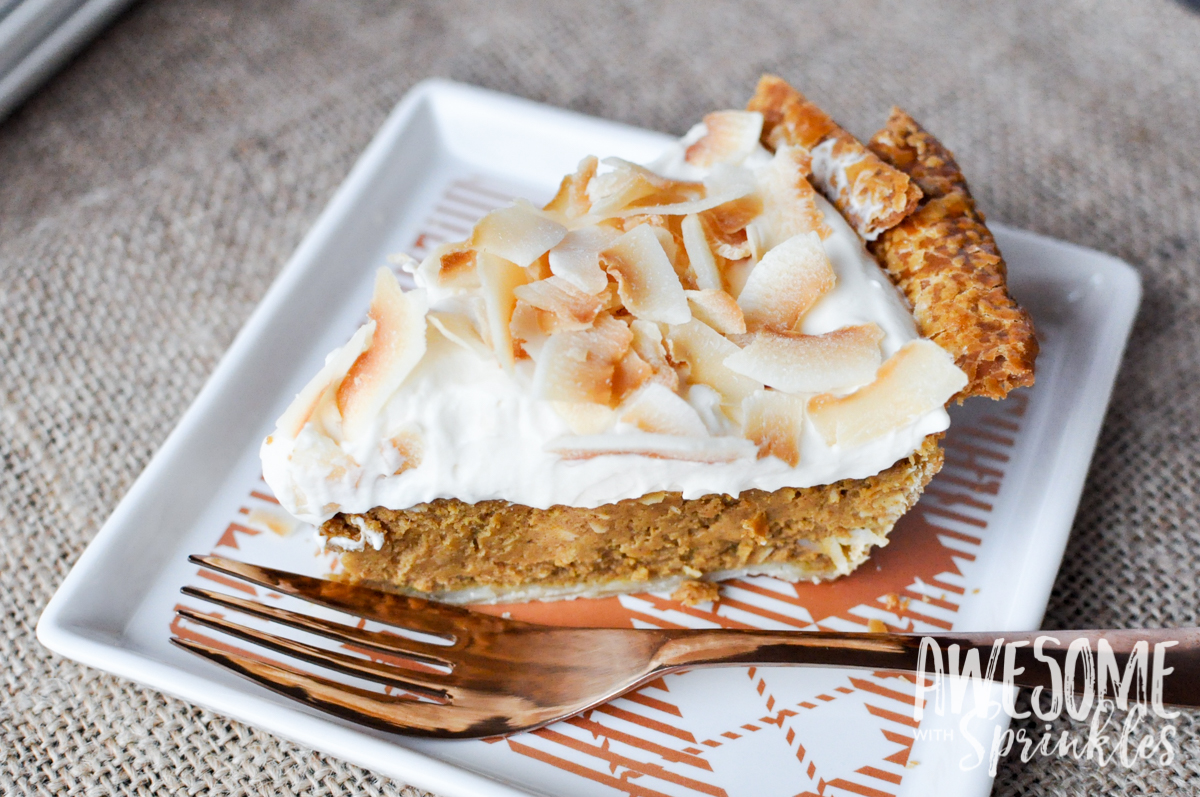 It’s just about the biggest foodie day of the year and it’s time for my fave-o-rite Turkey Day food! Nope, not the turkey! It’s all about that PUMPKIN PIE!!

Now, if I am being honest, it’s been pumpkin pie time for weeks now and there may or may not have been a few slices of that orangey goodness pass these lips since then. But not until today, have I had a chance to make my own! So excite! I love making pies! 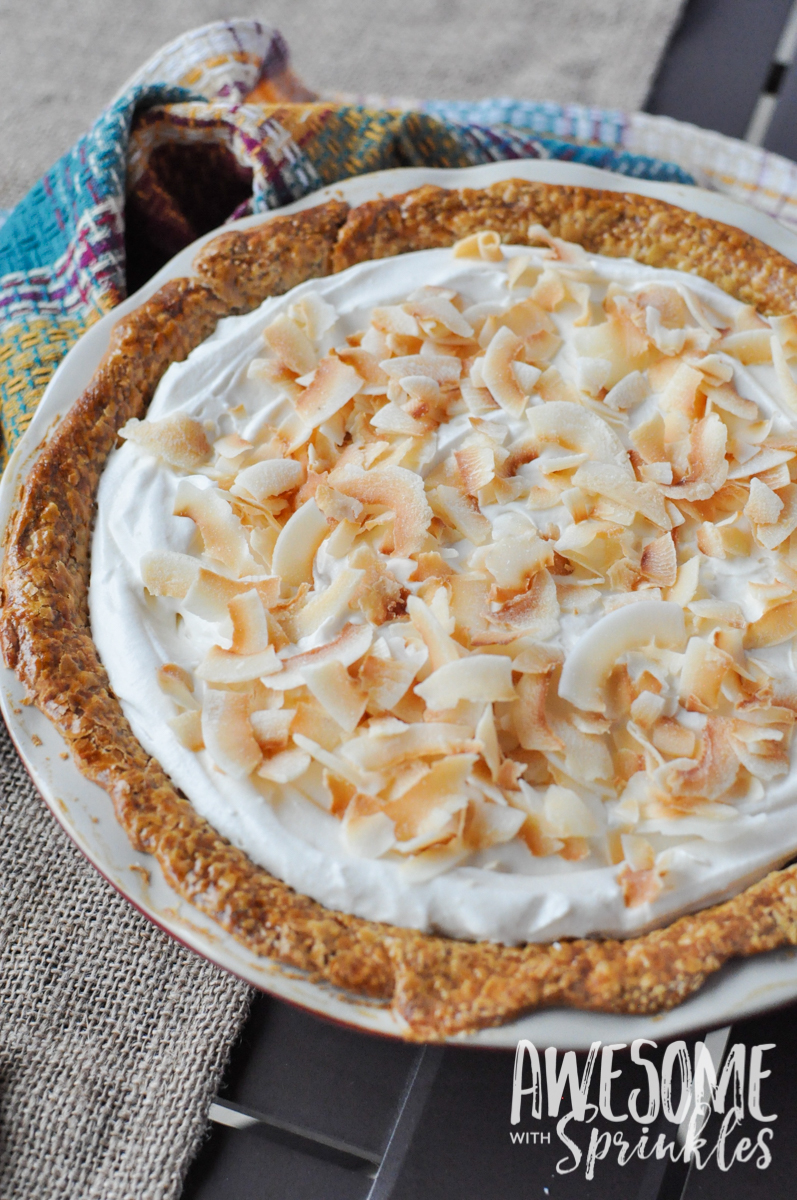 “But Heidi,” you say, “That doesn’t look like a pumpkin pie.” No, my dear reader, you are right! It doesn’t! That’s because it is a special, magical, amazing Toasted Coconut Pumpkin Pie!

Waaaaaaat? How did such an AWESOME thing come to be, you ask? Well, my friend, sit back and I will tell you. Because like all special, magical, amazing things, this pie has an origin story. 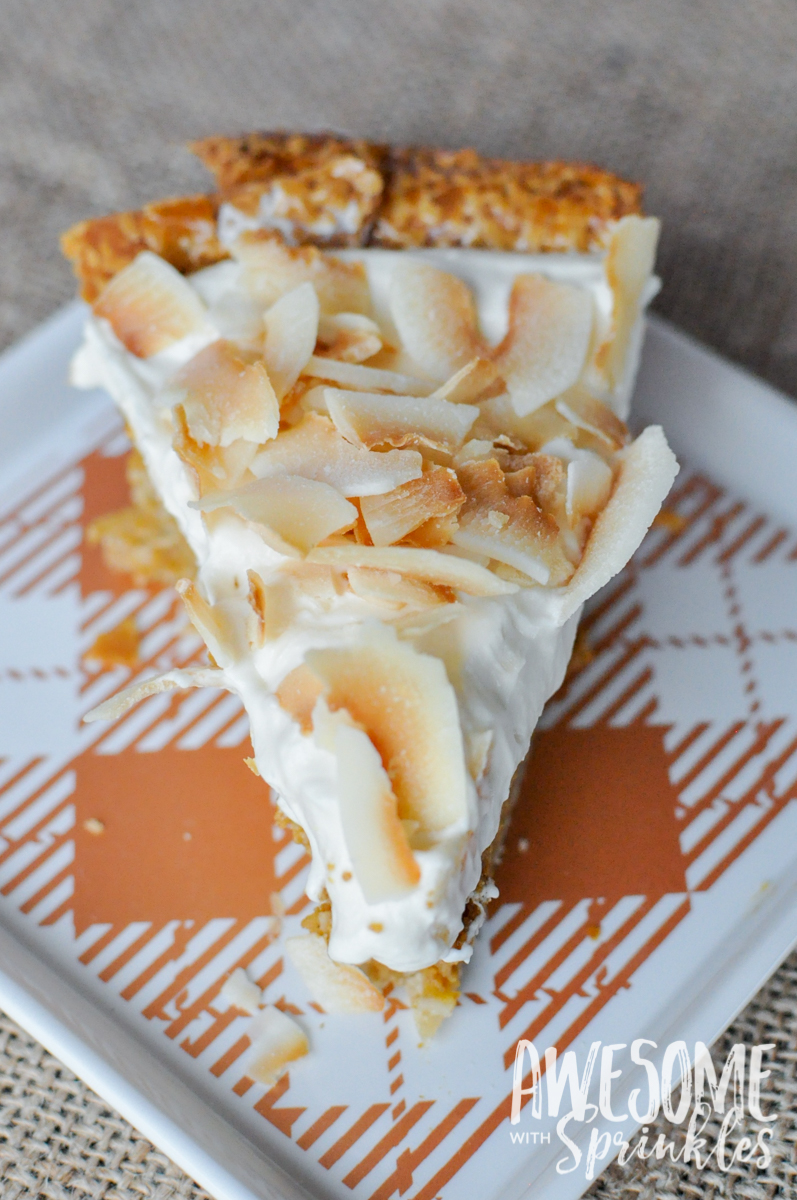 It all started with a sniff. Scent is such a powerful sense. Different smells can calm you down, awaken your senses, trigger memories or make you feel nostalgic. Do you ever catch a whiff of something yummy and have it make your mouth water, even if it wasn’t something you were actually eating? Dang you Sugar Cookie candle! Get’s me every time! Good thing there are no calories in Yankee candles, right!?

The idea for this recipe came from such a scent. THIS scent: 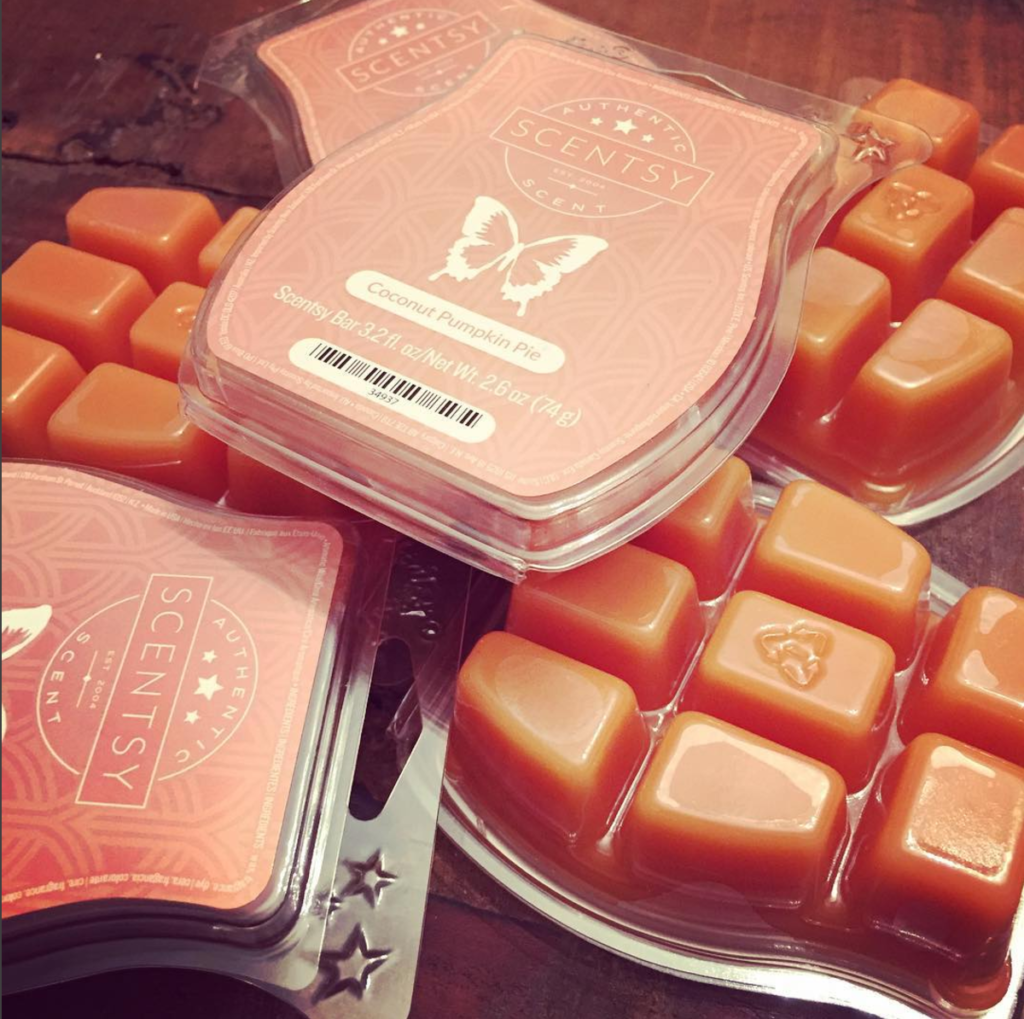 My momma sells Scentsy (which is amazing btw!) and last year she sent me a pile of Coconut Pumpkin Pie scent bars. Holy wow! It was AH-MAZING. It was like my two very favorite things in all the world got together and had a wee little baby. I probably burned through a full pack in the first month because it is just that good! I couldn’t get enough and I had it in every room! It is still probably my favorite Scentsy bar scents ever (and I have a LOT of them). 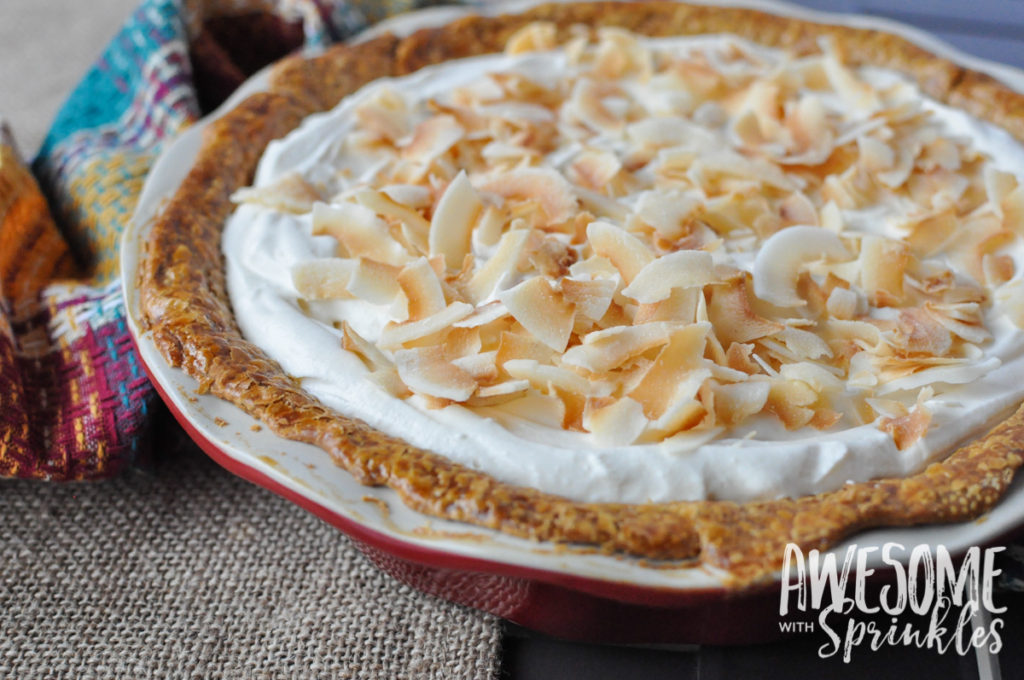 Ever since then, I have been inspired to make a Coconut Pumpkin Pie! And today is the day, my friends! Oh boy! Am I excited to share this pie recipe with you! 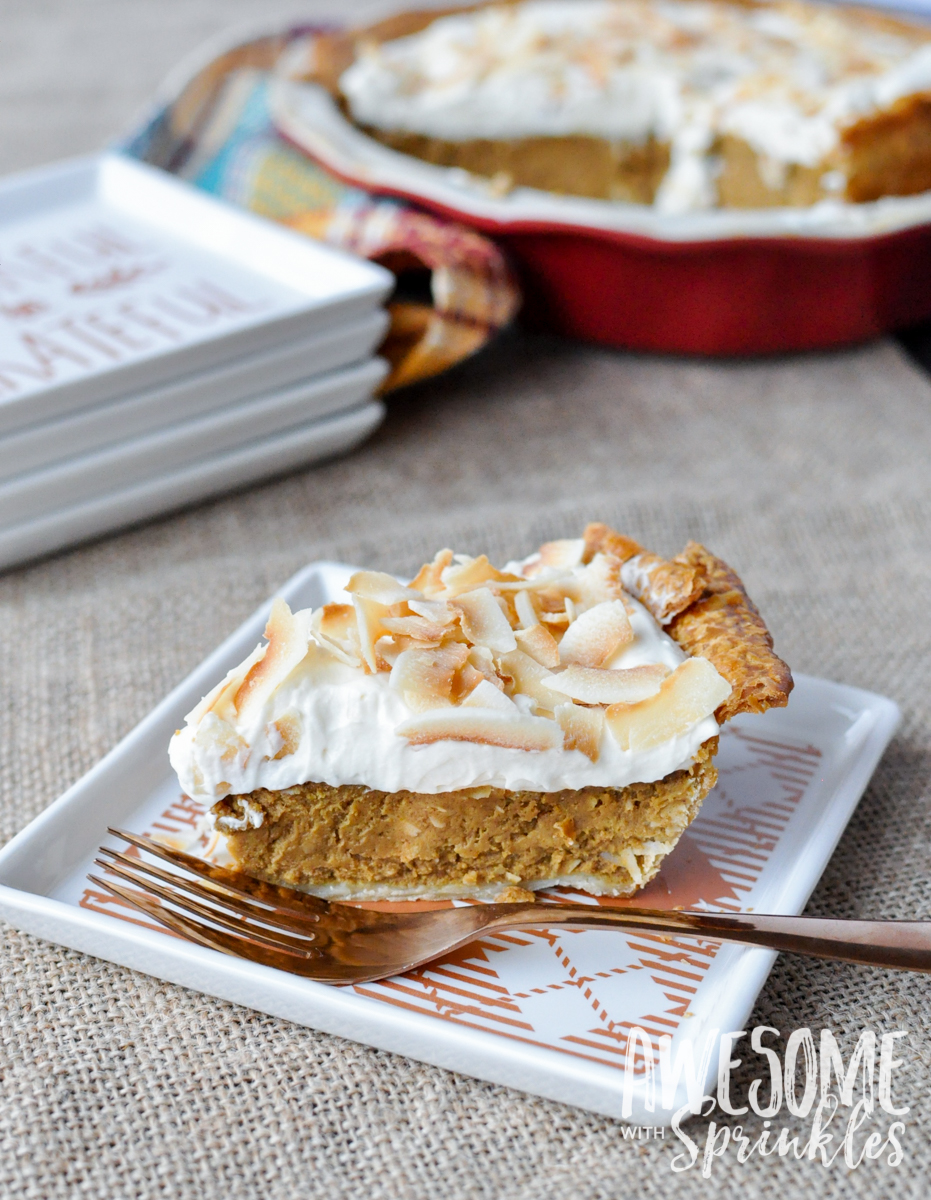 First let me just say that it doesn’t actually taste like the Scentsy bar smells (which is probably a good thing!). It is all the pumpkin pie spiced goodness that you love, with hints of warm coconut and an extra creamy whipped topping that takes it over the top! 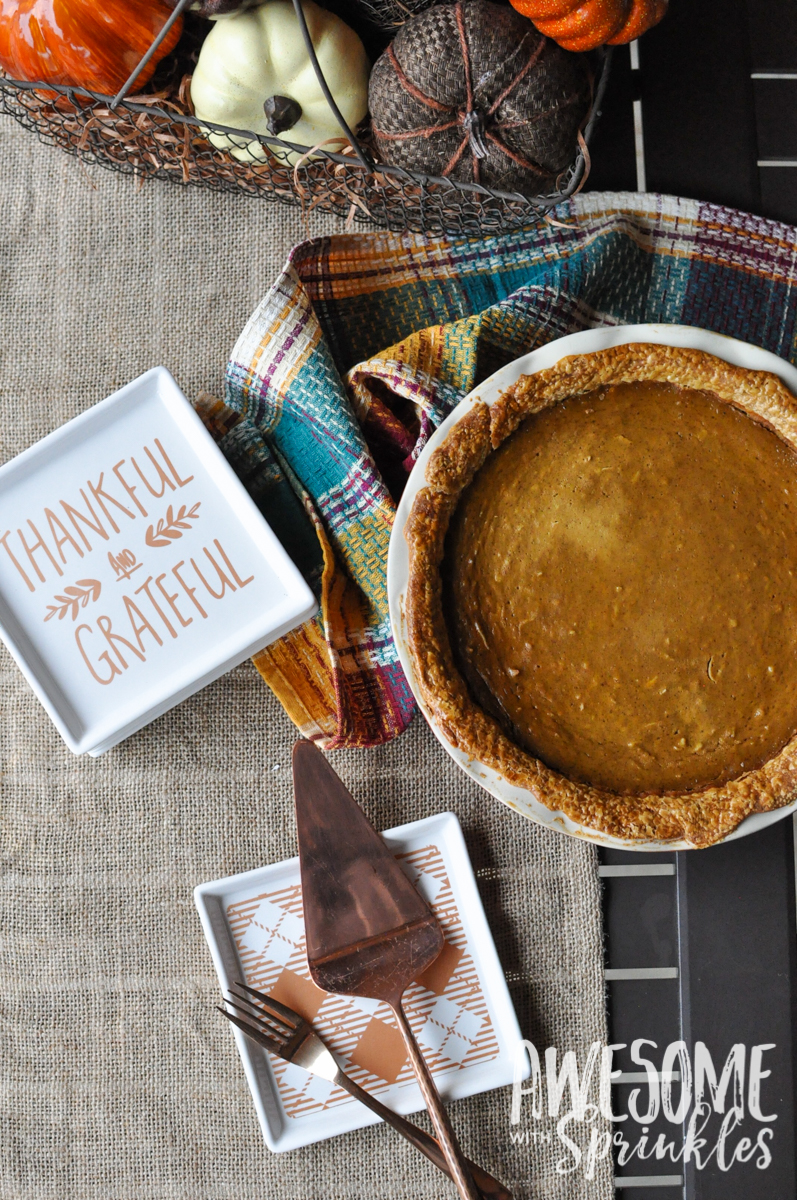 It can be eaten just like this, with a little toasted coconut garnish to finish it off. However I prefer my pie with a creamy dollop of fluffy whipped cream! And you should too! Unless, for some insane reason, you have an aversion to whipped cream in which case, get out. Just go. Because what is pumpkin pie without whipped cream!? Naked. That is what it is. 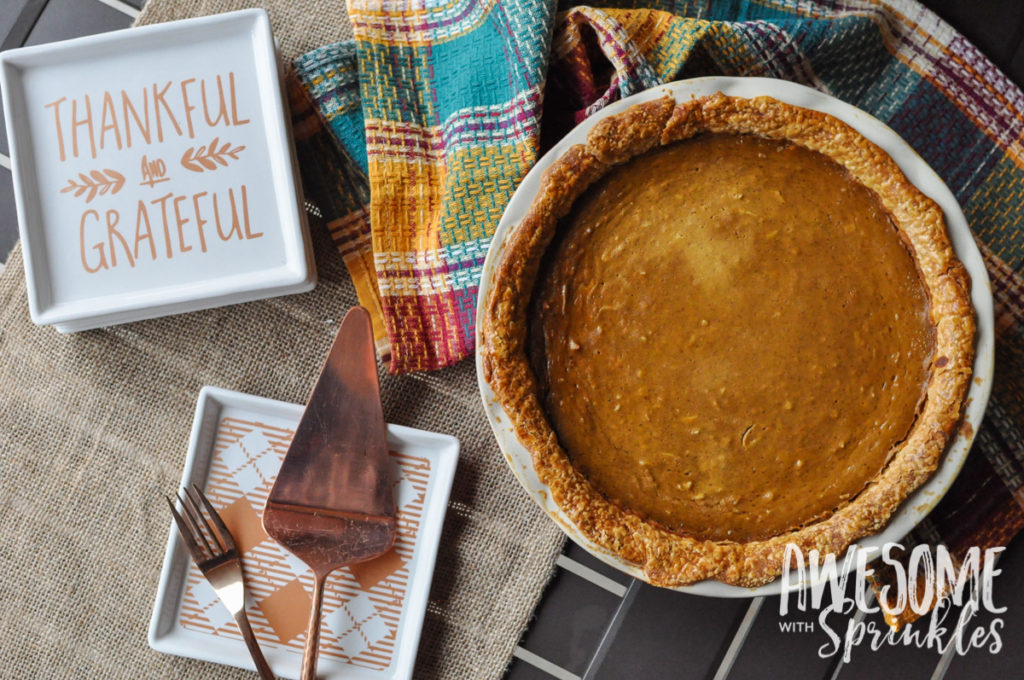 This pie is an au naturel beauty. #nomakeup 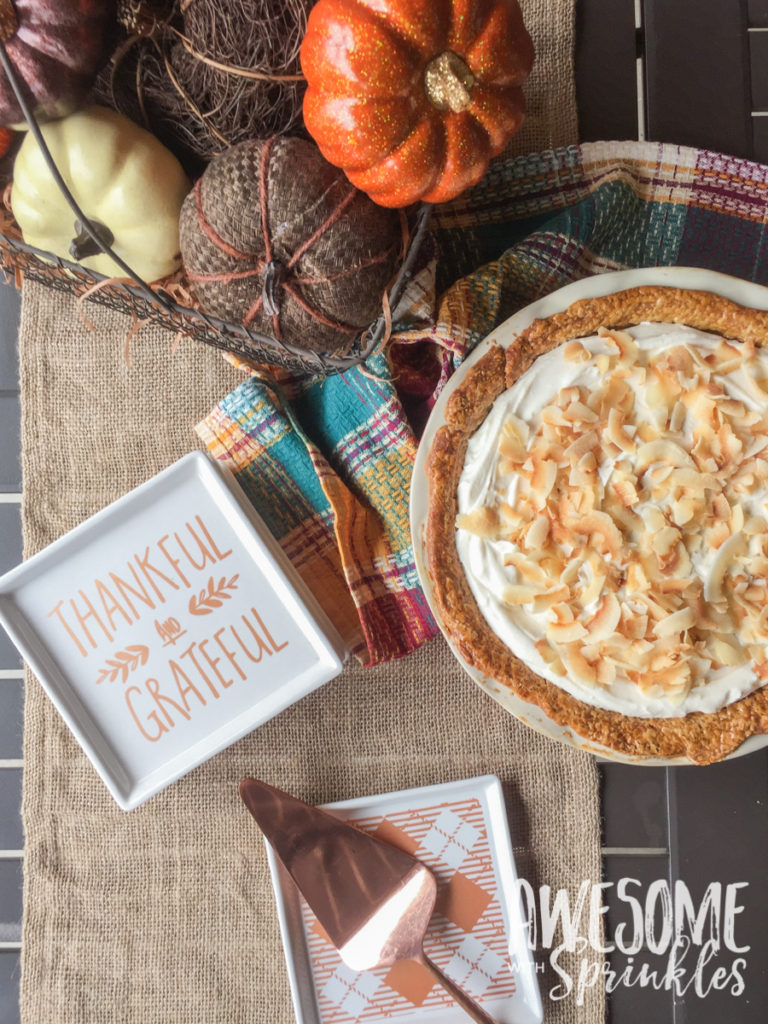 But put a little whip on top and DANG girl! 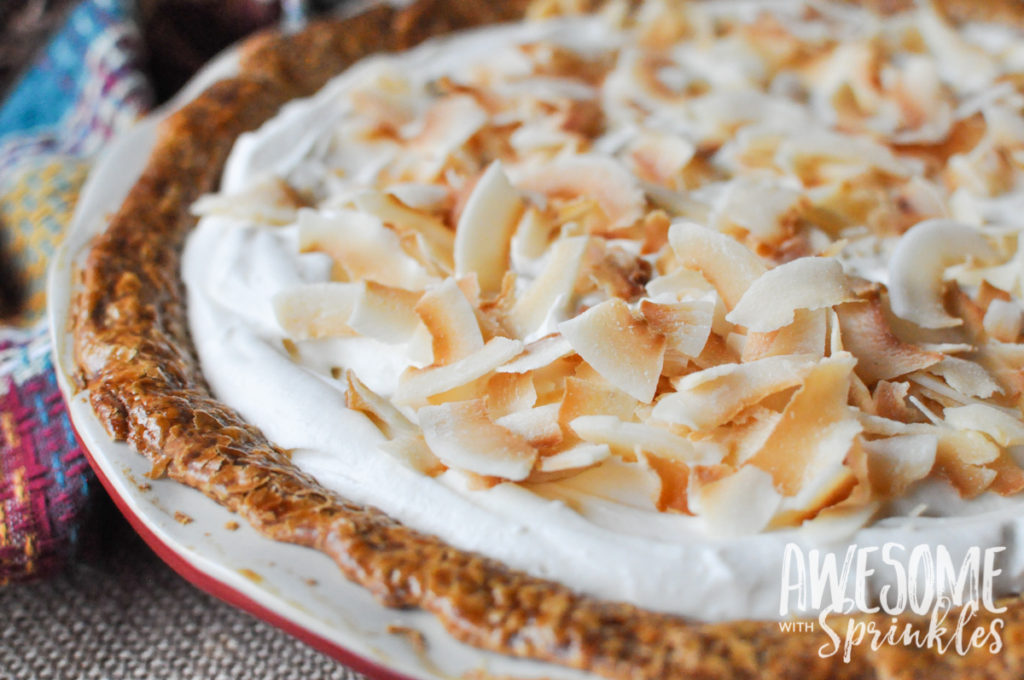 I like to use shaved coconut because the wider flakes are just so pretty and dramatic! 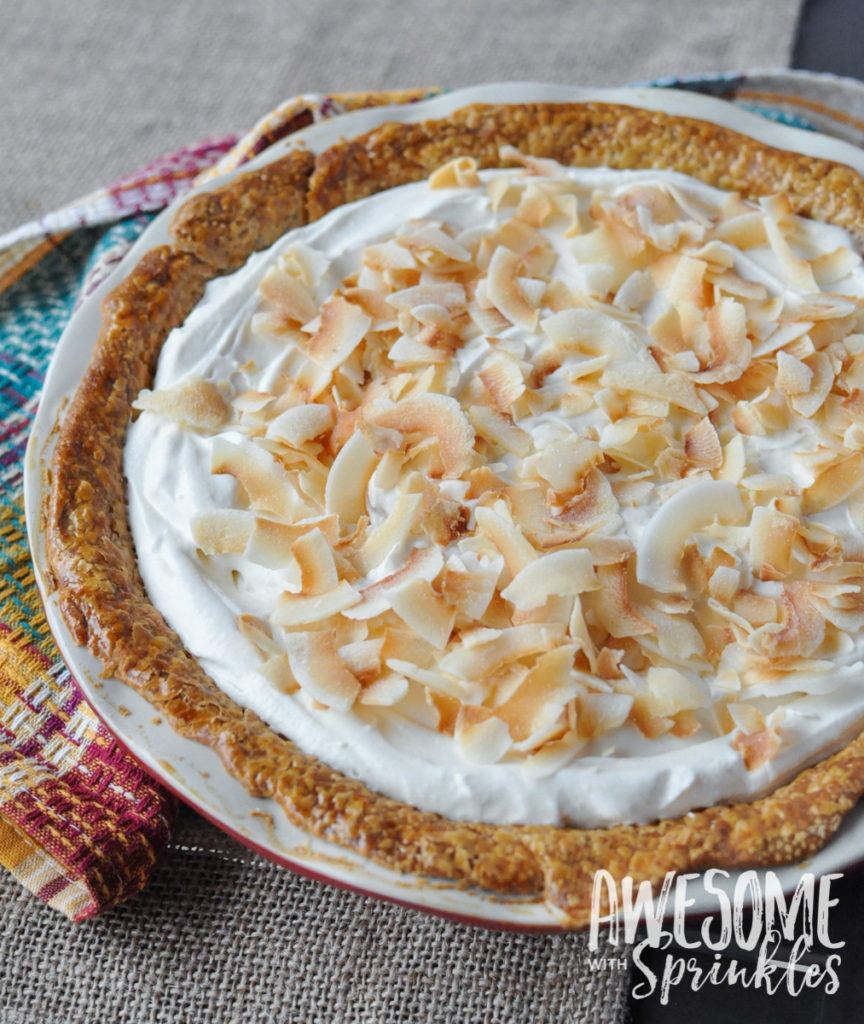 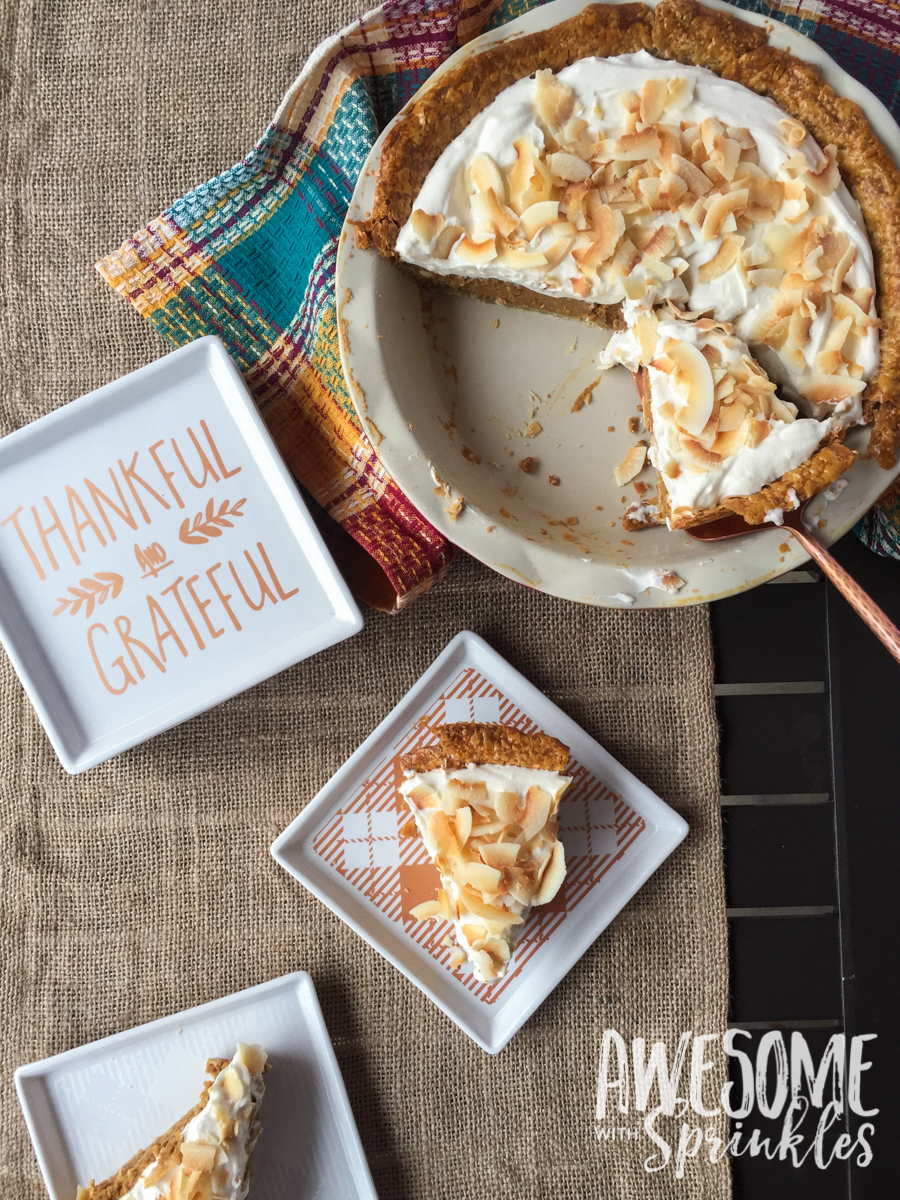 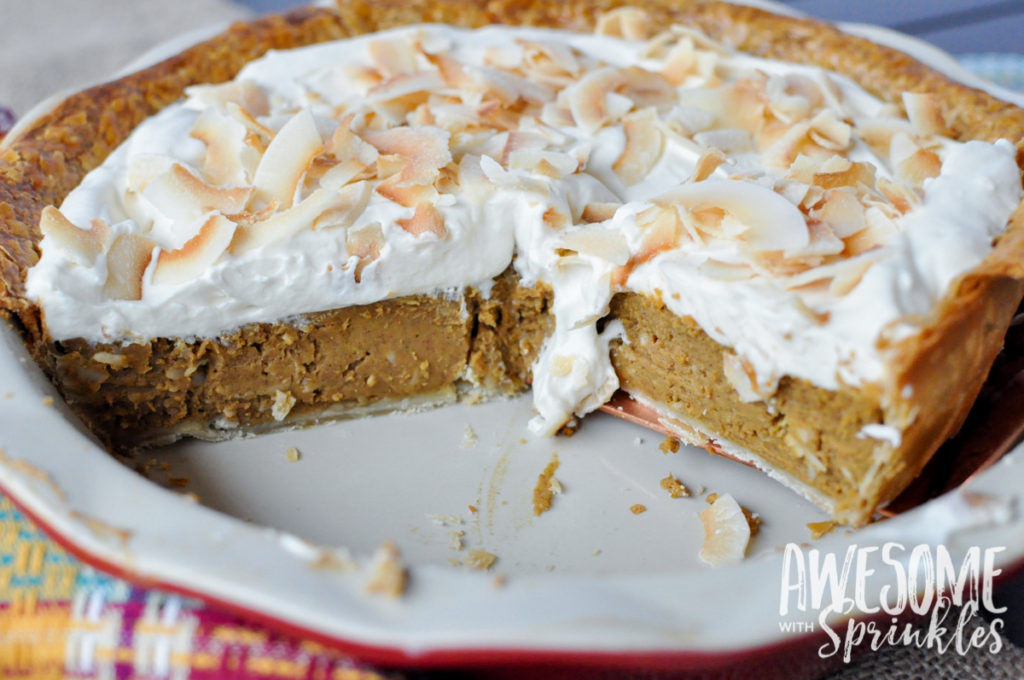 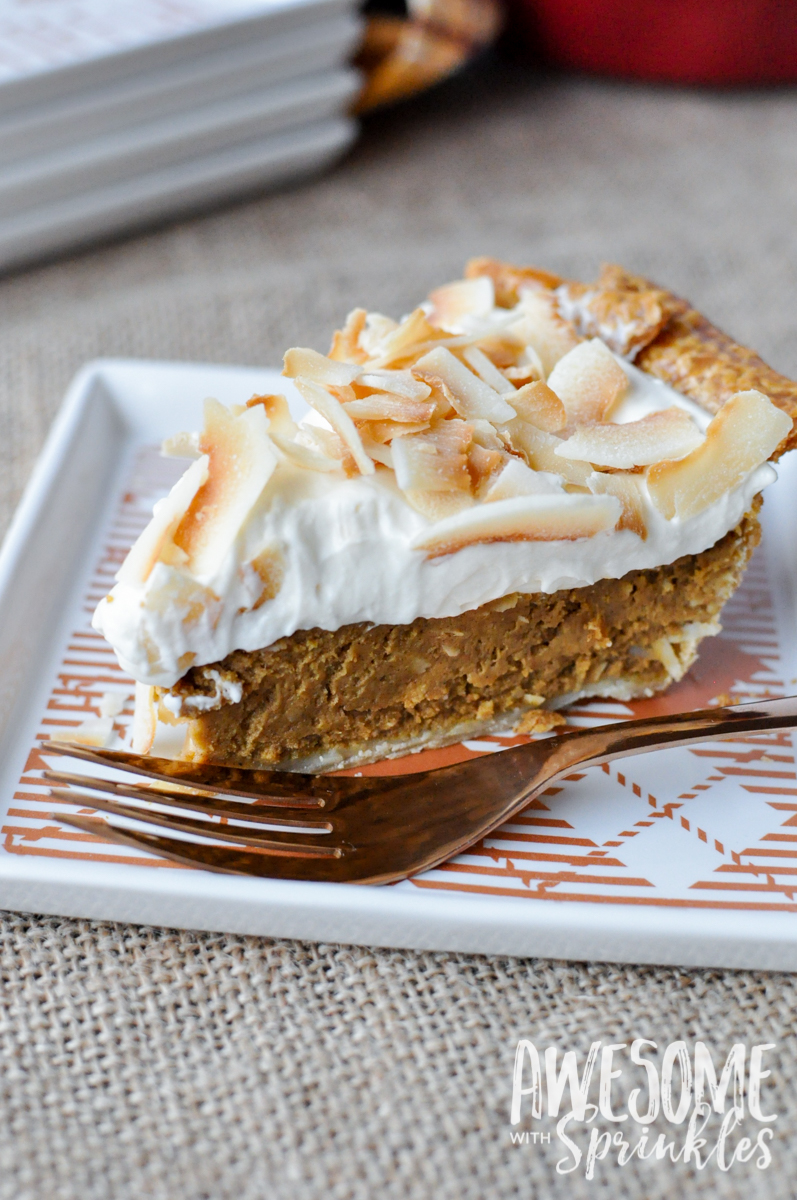 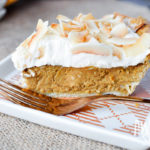 This unique twist on a traditional favorite has all the pumpkin pie spiced goodness that you love with hints of warm coconut and an extra creamy whipped topping that takes it over the top and a little toasted coconut crunch to top it all off! 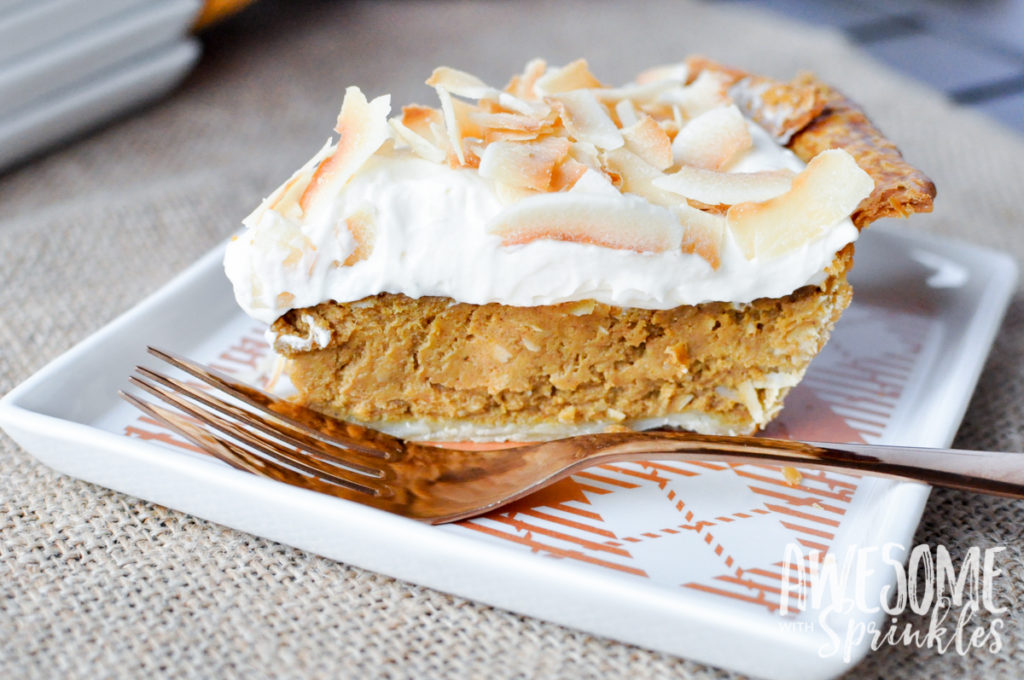 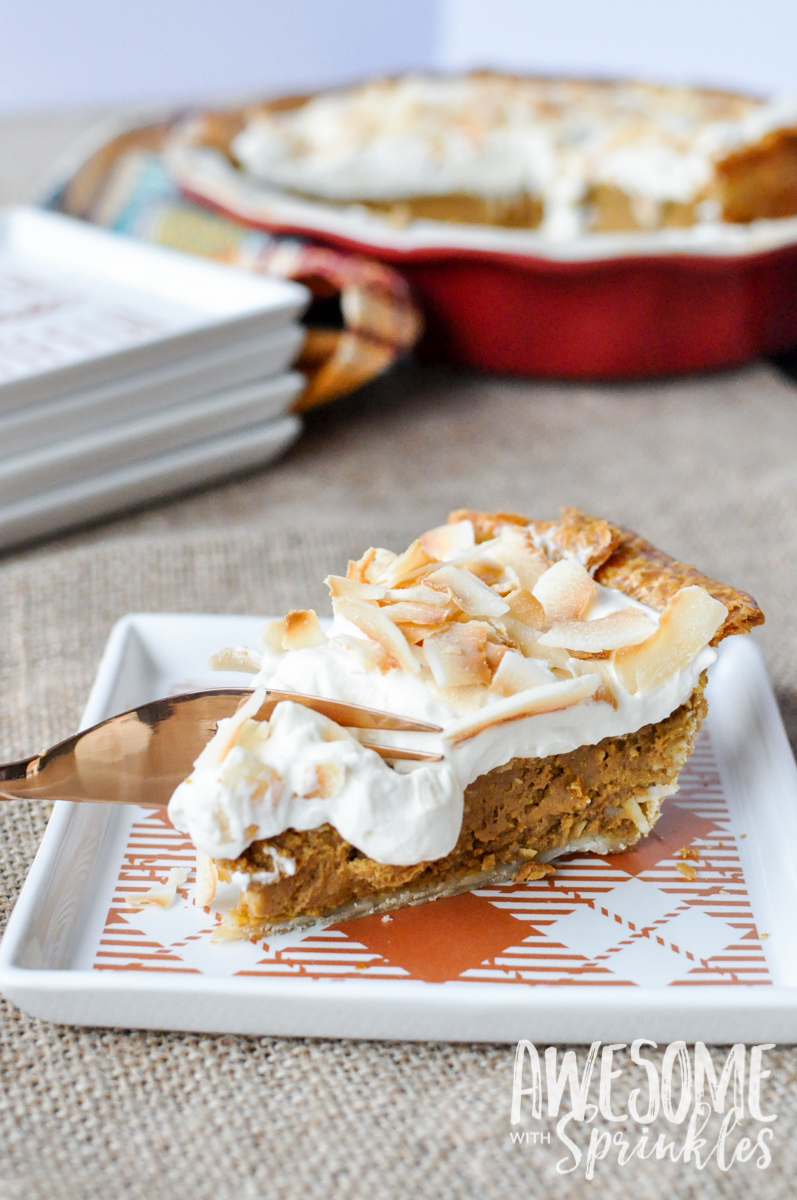 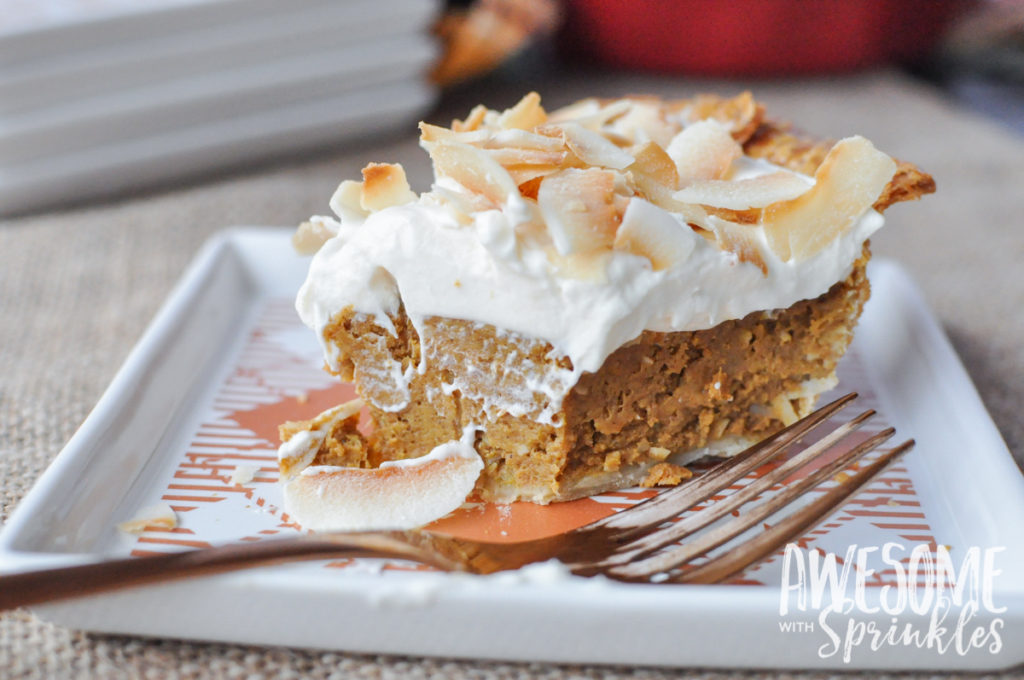 If you are stopping by for Friendsgiving this year, you are in for a treat!