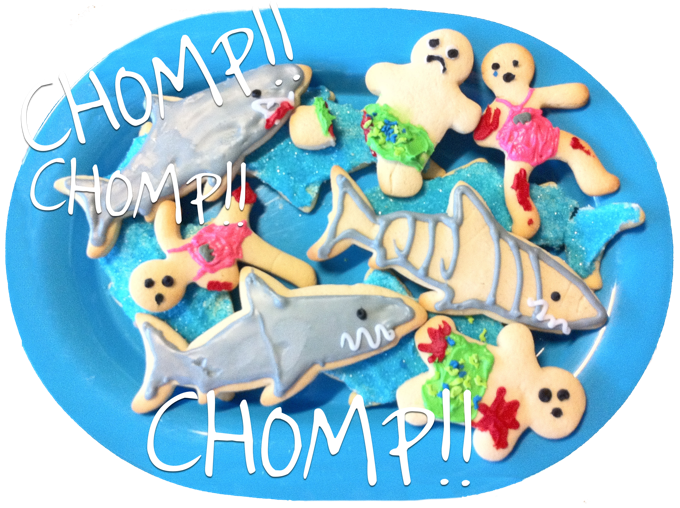 Happy Shark Week!! Keeping in the tradition of Shark Week I had to celebrate my fine finned friends with a tasty treat that I could sink MY teeth into. I wanted to do something different than the shark cupcakes I did last year.

In my research (which pretty much means surfing Pinterest) I stumbled upon this awesome copper shark cookie cutter and was sold. I’d make my favorite sugar cookies into sharks! 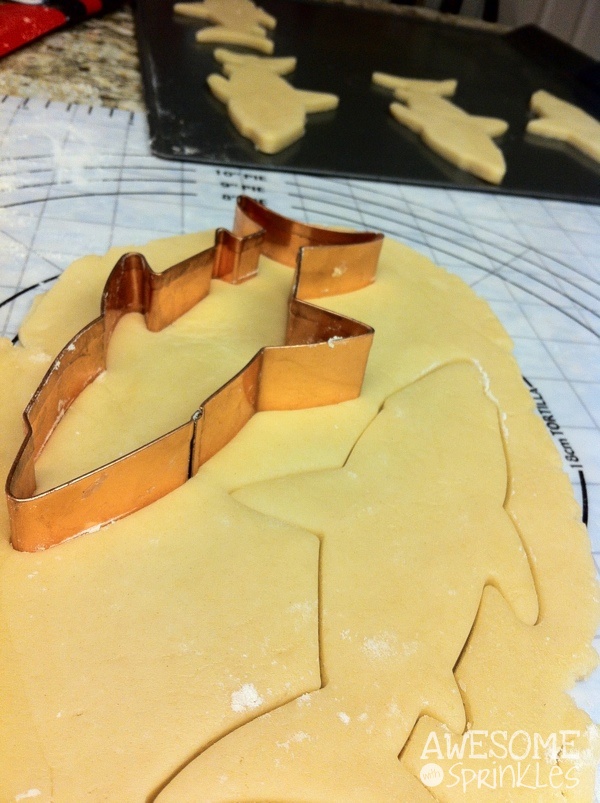 It is always a toss up for me between making stuff that looks cool and stuff that you’d actually want to eat. Fondant looks cool, but ew, no one wants to eat that crap. That’s part of the reason that I had never experimented with flood icing before either. Most of it just tastes like stale, hard sugar. But I REALLY wanted the shark cookies to look cool, so I thought I would give it a try. 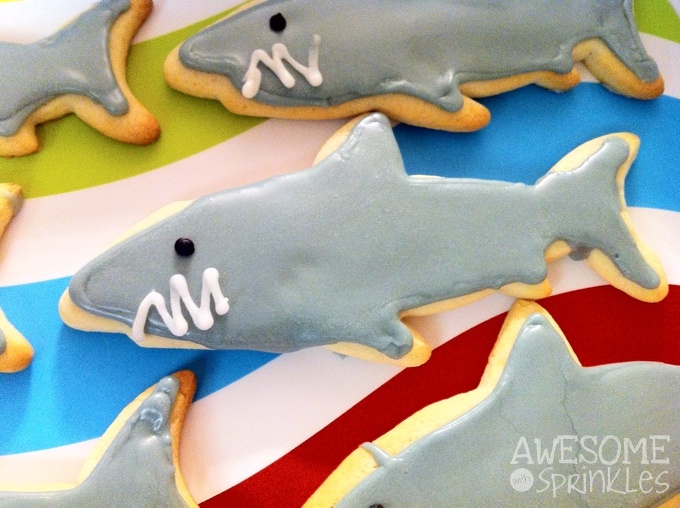 I used this flood icing recipe, mostly because I already had what I needed on hand. It was easy to work with and surprisingly tasty. Pretty soon I was frosting my way to a sugary sea of happy sharks.

Look at this adorable tiger shark. He is so happy to eat you. 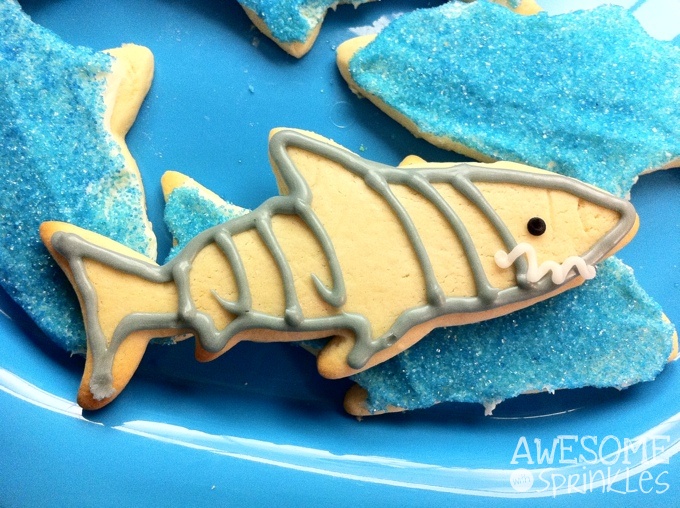 Since I can’t make these cookies entirely without my favorite cream cheese frosting, I whipped up a batch and dipped some of the sharks in blue sprinkles. This ended up working out great because I put all of fancy decorated sharks on top of the sprinkled ones so the fancy ones didn’t get smooshed. The blue sharks make a perfect oceany backdrop to stack the fancy sharks on. 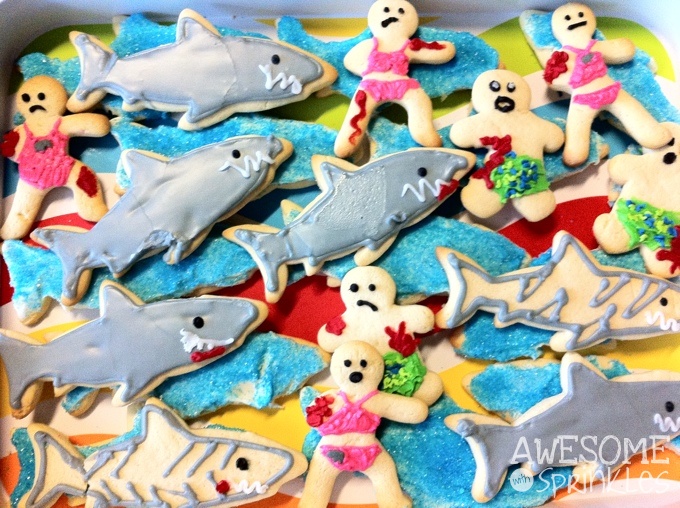 To top it all off, I tossed some adorable sun bathers and surfers in with the sharks, you know, just to liven things up. They were a big hit at the office as everyone laughed at my “day at the beach gone wrong” on a plate (and then proceeded to chow down themselves). 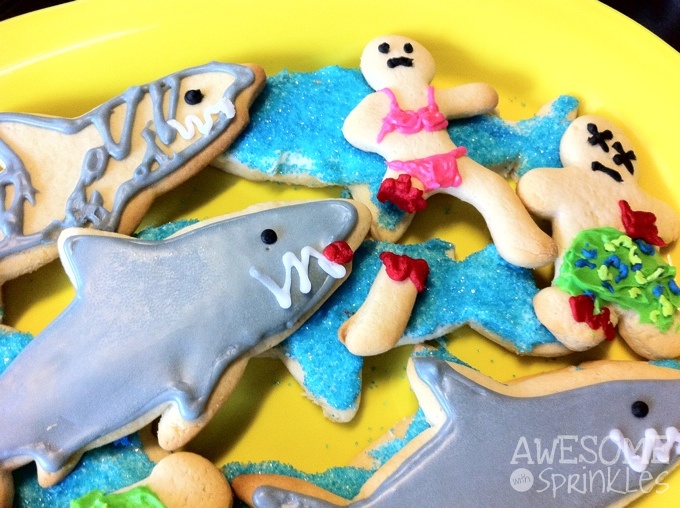