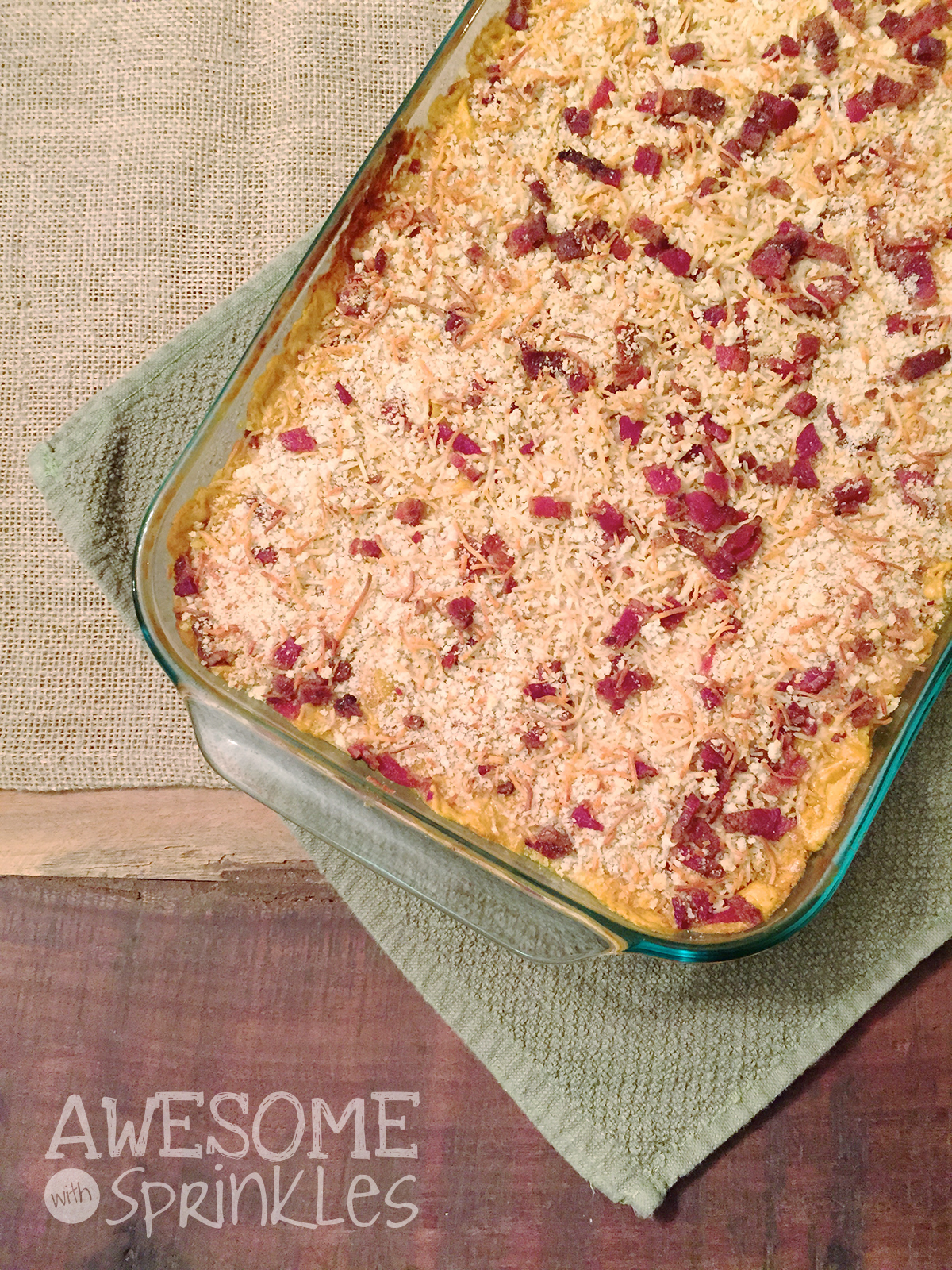 Mac-n-Cheese has long been a staple in my household. I grew up on bowls of mac and hotdogs and still crave it now and again. It’s hard to deny, that stuff is damn good. Mac-n-cheese has evolved since the days of the blue box and it isn’t surprising to find a “grown up” version of this cheesy ambrosia in even the fanciest of restaurants.

Homemade gourmet macs are nothing new to my kitchen, but when I saw this recipe on SheKnows for a pumpkin mac-n-cheese, being the pumpkin lover that I am, I just had to give it a try!

Pumpkin? In mac-n-cheese?! I know it may sound a little weird, but let me tell you, this dish delivers.  It quickly became one of my favorite mac-n-cheese dishes and I have since tailored the original recipe to my tastes. And as an added bonus…BACON. Because what isn’t made better by adding some bacon? (the answer is “nothing”. Just so we are clear.). You could also try it with ground beef or sausages.

The pumpkin puree and cream cheese make for a smooth and creamy texture instead of the sticky, gluey cheese that sometimes happens with baked macs. The pumpkin pie spices and cayenne pepper are an unusual blend of savory and sweet, adding just a kick of spiciness. 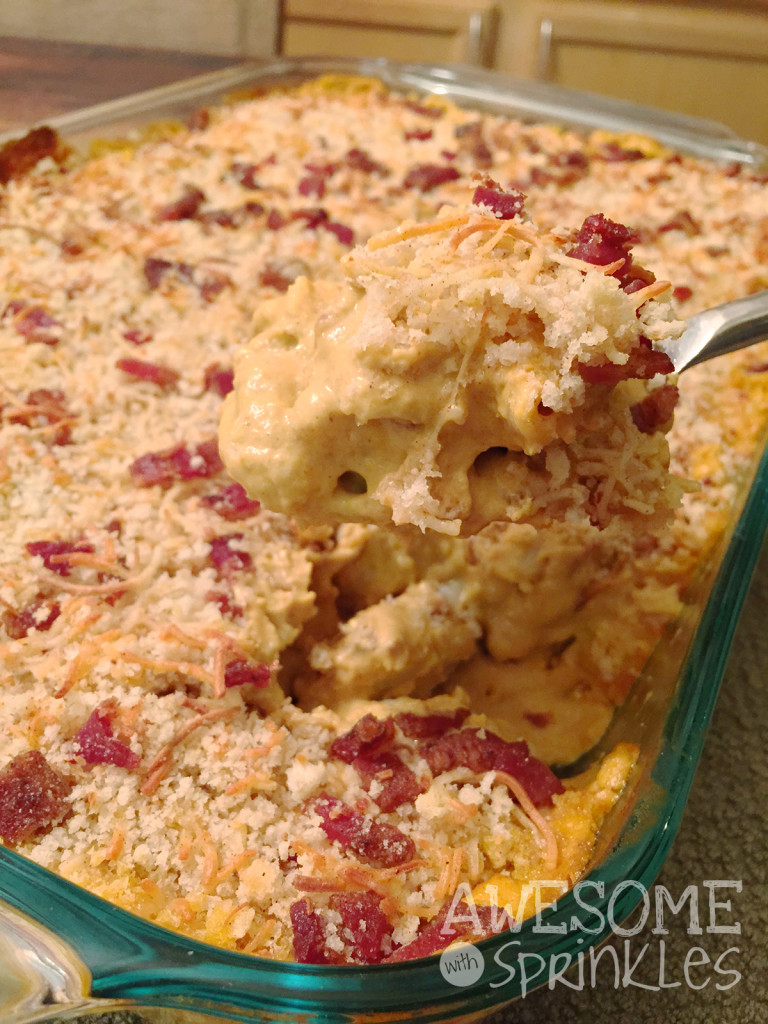